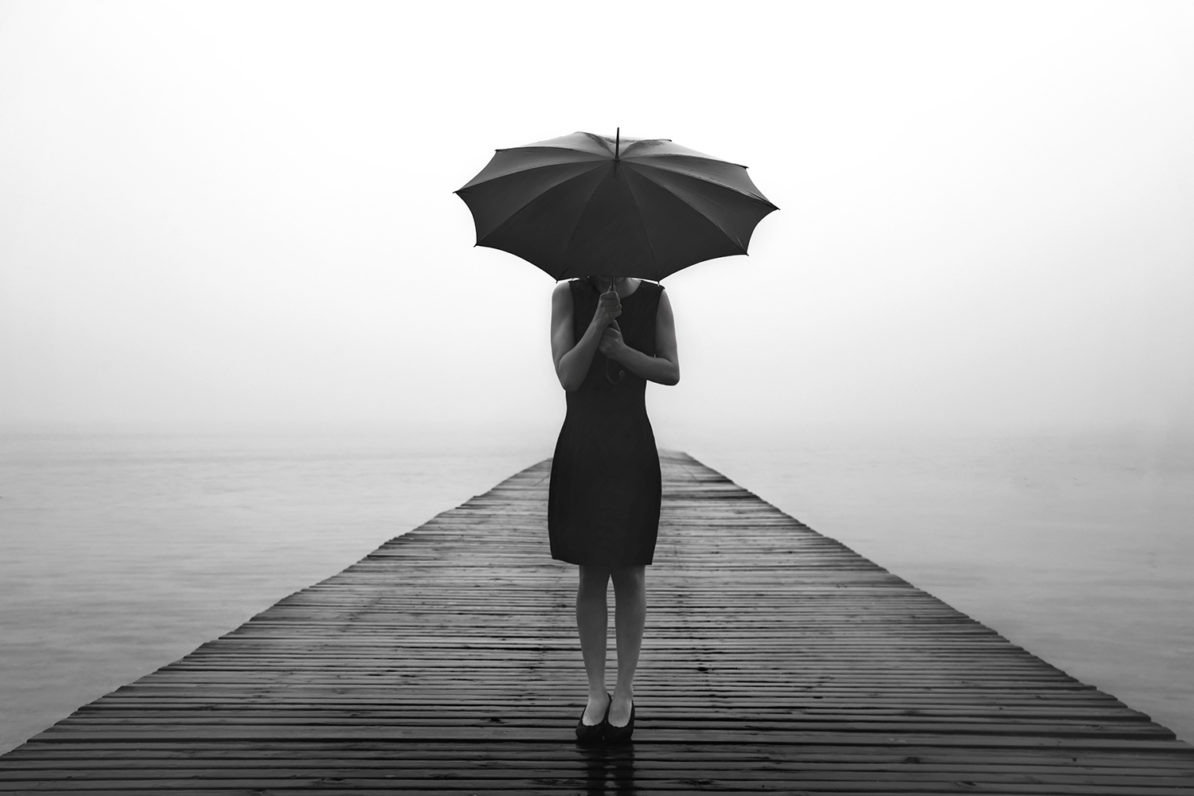 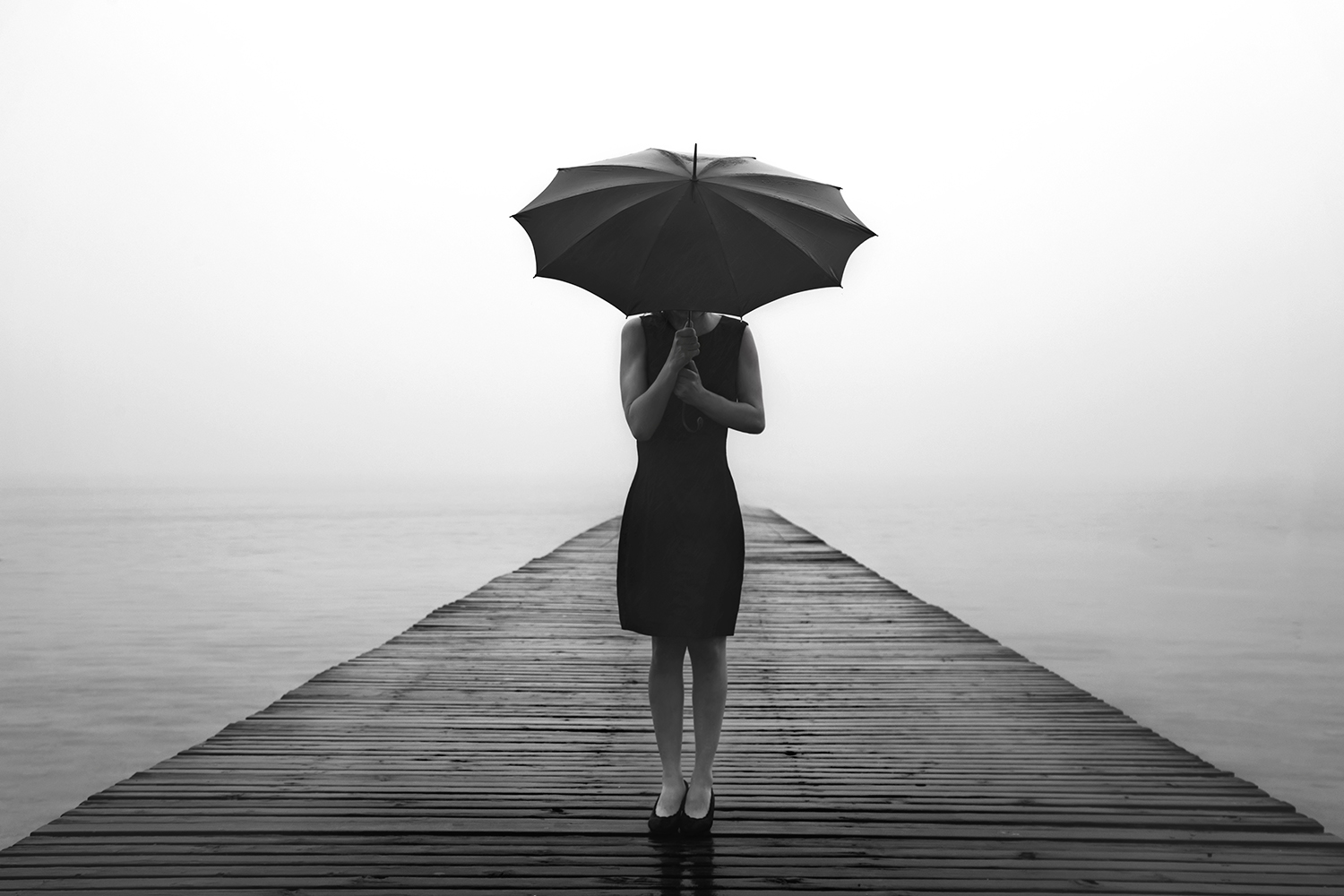 One price of awareness of death is the capacity to choose it.

In some tribal cultures, the choice of suicide was considered moral for the aged and infirm. Rather than be a drain on precious resources, people would walk into the blizzard, or be ritually executed by friends.

In Classical Greek societies, suicide was considered a right by many; though Aristotle was quite critical of the choice (Socrates had no problem with it obviously).

Christian cultures have pathologized and punished suicide. In medieval times in Paris, suicides’ bodies were dragged through the streets and thrown on refuse heaps. The Catholic Church relegated suicides to Hell, and made it a sin to choose one’s own death.

Japanese samurai culture glorified seppuku (known more commonly in the west as harakiri) in men and women--suicide to avoid dishonor.

In modern America, suicide has increased 24% nationally since 1999, and much more in the intermountain red states of Montana, Utah, Wyoming, Colorado, Idaho, North and South Dakota, Kansas, Minnesota, as well as in Vermont, New Hampshire, and South Carolina. In the 23 poorest states, the rates have gone up 38% to 58%. Previously from 1970 to 2000, suicide also increased dramatically in most demographics, so this is a definite trend in American culture for the last fifty years.

54% of suicides don’t have a psychiatric diagnosis, probably reflecting the resistance to treatment in many groups. I think by definition suicide attempts are reflections of at least temporary insanity—one study of people who had survived jumping off the Golden Gate Bridge reported that, on the way down, all of them thought some version of, “This is worst idea I ever had!”

Some studies show that for every completed suicide, there are 25 attempts, so there are over a million suicide attempts each year in the U.S.

The most vulnerable to suicide statistically are 45 to 64 year olds, and suicide in women has increased 80%, narrowing the historic gender gap between sexes. Native American suicide has also increased enormously, and suicide by teens is on the rise.

Suicide is contagious. One study from the fifties and sixties showed an average of 58 extra suicide deaths for every front page story of suicide. There were 10% to 12% increases in national suicide figures the weeks after Marilyn Monroe’s and Robin William’s deaths.

Even more chillingly, in the weeks after a front page suicide story of an individual there are increased fatal single car accidents, three times more fatalities in car accidents in general, and similar figures for plane accidents. Are these conscious or unconscious suicide attempts triggered by the news stories? If it’s young person suicide, the increase is mostly in young drivers. If it’s an older person suicide, the increase is mostly in older drivers. Weeks after murder/suicides, there are increases in multiple deaths in car and plane accidents.

Something is wrong with American culture and getting worse, but what’s wrong, and what should we do?

Like most social issues, suicide is a wicked problem with multiple components. Suicide is not one thing but many things. Suicide does not have one cause, but many causes. There is not one solution but many solutions. That being said, there are some social forces that clearly are contributing to the problem that are either invisible to many or resistant to change.

More medication is not the answer. 1 in 10 Americans are on psychotropic medications, and antidepressants are so widely used that they are a significant pollutant in fish from America’s oceans. Kelly Brogan, a psychiatrist who’s dedicated her life to helping people get off antidepressants, says that 30% of her patients are suicidal, and quotes studies suggesting that the combination of dissociative experiences and frustrated disappointment involved in many people’s experiences with modern antidepressants are actually increasing suicide rates.

The CDC, in analyzing the problem, made some interesting suggestions. They said the most afflicted 23 states (the poorest in the country) needed increased access to mental health services, financial support, stabilization of housing, and increased programs for problem solving and coping skills. These are all social care, communitarian suggestions. Why are such suggestions resisted, even ridiculed as “nanny state” excesses by some dominant conservative ideologies in these regions? One researcher suggested that in most of these states, especially in the intermountain red states, the “frontier spirit” is to be a rugged individualist and solve your own problems. What this can mean for the individual is that, if life is overwhelming and I feel like a loser, it is my fault and my weakness.

In a recent conversation I had with Beena Sharma and Suzanne Cook-Greuter, we discussed a developmental level between amber conformist and orange rationalist (they call it the 3/4 stage between amber 3 and orange 4). In this level, people don’t identify primarily with the mythic membership like Christianity, but more with their professional identity and skill sets. Suzanne said that over 50% of the people she works with are at this stage. One significant variable that distinguishes this stage from rationalist orange is an inherent resistance to new ideas, techniques, and change. This 3/4 stage believes somewhat in science, but uses studies to confirm their personal traditional ways of working and problem solving. They suffer from extreme confirmation bias in their processing of data. They resist change in their personal traditions of how they live and work rather than the amber resistance to cultural traditions of mythic membership. How might people at this stage react when they are fired, disabled, abandoned, treated unfairly, or presented with data that their personal approach to work or life has failed?

Grinding stress increases addiction, despair, and sometimes suicidal despair, but probably more is at work in increasing suicide than stress. If it violates my worldview to consider my current understanding of the world is flawed, then I look for solutions within my current value systems. In many conformist (level 3 in Suzanne's and Beena's system) and 3/4 worldviews (not yet rationalist 4 who can adjust more easily to new input and influence), suicide fits as an acceptable option more than reevaluating the merits of an individualistic, counterdependent approach to life. Suicide is more understandable and morally preferable than, "I have to ask for and receive caring influence so I can grow."

Much suicidality is people coming to the limit of their worldview, needing to recognize their current way of being—such as rugged individualism, resistance to interpersonal support, or contempt for seeking help and especially psychotherapy—is inadequate in dealing with the world they find themselves in. Who are some of these people?

Psychotherapy does threaten rigid and hopeless worldviews because psychotherapy is a container within which people can be reborn into greater complexity, where people can discover that interdependence is what humans are programmed to live in and wither without. Psychotherapy challenges people to understand their pain in wider contexts within the crucible of an intimate relationship with someone who cares personally about you, and recognizes the power and worth inherent in your precious human consciousness.

This is why Kelly Brogan doesn’t worry about her suicidal patients any more than I worry about mine. We know that in the container of at least one interdependent, open, caring relationship people hardly ever die by suicide.

But, as the CDC asserts, therapy is not enough. Without social support, without the haves feeling responsibility to create community and opportunity for the have nots, without all of us (including wildly successful people like Anthony Bourdain and Kate Slade) accepting that we need each other and have responsibilities to everyone to ask for and receive help when we are in pain, suicide will remain epidemic in this country, and continue to increase along with the other two top 10 causes of death which are increasing, Alzheimer’s disease and drug overdoses.

Of course there are many other contributors to suicide. Relationship breakups, loss of home, job, or personal relationships, bipolar disease (which usually requires medication as opposed to many anxiety and depressive disorders), addiction, and alcoholism all increase suicidality and the likelihood of death--especially in the months following a crisis. Crises are often decision points and turning points. They reflect decision points where we can choose:

Integral understanding looks at what’s possible and practical, and in this current political climate there will be little systemic change from the federal level to help the poor, disconnected, and disenfranchised. I believe we can all contribute to growing realizations that isolated human beings are at risk, and that reaching out personally with love addresses many issues. One pilot project for helping opiate addicts after an arrest or overdose sent people to their homes to see if they were OK, which was mind blowing to some users.

This power of loving contact and community support could be operationalized in programs to identify isolated individuals and offer them connection and care. I'm hoping counties and states will increasingly organize to provide more mental health services to rural areas, where 70% of children report at least one category of abuse or neglect on the ACE (Adverse Childhood Events) test. People who report four or more categories are 4 to 12 times more likely to commit suicide.

A rising tide floats all boats, and increasing consciousness of the devastations of social isolation, income inequality, resistance to change, compromised education systems, inadequate access to and embrace of mental health services, and lack of opportunity for millions seems to be expanding in the American zeitgeist, even as we observe increasing authoritarian dysfunction at the national level. I believe this increasing consciousness needs a direction to serve, not merely opposition to cruelty and lies--a focus Bernie Sanders offered in the last presidential campaign. I’m inspired by local programs I read about in the Christian Science Monitor and other news sources trying to reach people at risk sooner, younger, and in more supportive rather than punitive ways. With suicide, as well as a host of other social pathologies, making regular, personal, caring contact with at risk individuals reduces harm and supports development.

An Integral understanding of suicide includes all these contexts and more. Just as the increasing suicide rate is a reflection of cultural pathology, when rates begin diminishing it will reflect cultural upleveling. Our job is to understand, care, and contribute where we have opportunity and desire to help.

Two organizing principles that can guide all of us are that love heals, and compassionate understanding is love in action.