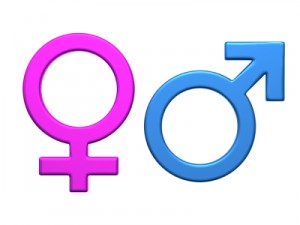 Ten (of Countless) Statements Guaranteed to Drive Women Crazy Several years ago, I was working with a stay-at-home Mom named Cynthia. She had three small children and a hardworking husband named Jim who often arrived home tired and irritable. He’d waltz in, announce his presence, collapse on the couch in front of TV while Cynthia cooked dinner, served it, and gave the kids baths, stories, and put them down. When she asked Jim to help, he usually refused. “I’ve been working all day while all you’ve had to do is play with the kids,” he’d complain. Or, on the rare occasions when he roused himself from the couch to actually pitch in with homework, housework, or to play with the children, he’d make a big show of what a hands-on dad he was and how lucky Cynthia was to have him around. Being a particularly clueless kind of guy at this point, Jim had no idea that such whining was guaranteed to neutralize any pleasure his wife might feel from him lending a hand. When Cynthia first came to talk to me, she had no shortage of Jim stories, with each of his excuses becoming increasingly pathetic and demeaning. After she told me about one particular night where he hadn’t lifted a finger, complained about the dinner she cooked (after she’d done her utmost to prepare dishes that everybody liked, which as you might know is never an easy task with three picky eater kids and an even pickier husband), and then criticized her for being too impatient and stressed as she tried to get all the kids ready for bed by herself, I began to laugh.

“What’s so funny?” Cynthia asked me.

“Jim is getting way too many checks on the ‘I’ve had it!’ checklist,” I told her. Cynthia smiled uncertainly, a little puzzled, “What checklist is that?” “Well, no matter how much you love him and how swell a guy he is, I can guarantee you that any husband is going to have lots of irritating habits—like not helping around the house, not appreciating how tough your days can be, somehow forgetting ‘Thank you,’ ignoring the kids on a good day and snapping at them on a bad day, refusing to believe that your frustrations with him might have some validity, or just being selfish and clueless and stuck in his ways. Sound familiar?” At this point, Cynthia was laughing, too. I continued, “Every woman has an ‘I’ve had it!’ checklist. Pity the poor husband who accumulates checks on his wife’s ‘I’ve had it!’ checklist, because, when she’s had it, he’s in for a really bad time.” “You got that right!” Cynthia said. “I don’t blow up much, but when I do, watch out!” “You go, girl!’” I said teasingly. “The usual reason the checks keep adding up is that husbands refuse to productively discuss any of them…and then the wives build up so much frustration that their response often ends up being: ‘I’ve had it. Who needs you? I’m outta here.’” Cynthia got my point in a flash. “That’s totally true,” she said. “I get so mad sometimes I think it would be easier if Jim didn’t live with us at all. He comes home and he’s just another kid I have to deal with. I try to talk with him about stuff and all he does is argue and say things like, ‘Well, you do it, too.’” “I’ll bet that lightens you right up,” I said, and we both laughed. Now that we were talking with a little more humor and a little less outrage, I got more serious. “Bear in mind that it can get dangerous for a relationship if too many items on the ‘I’ve had it!’ checklist start piling up. The more angry and cut off you feel, the more you can find yourself coming up with what you think are solutions—like separation or a secret affair—but they’re really mostly angry impulses borne out of the frustration of not being able to really get through and connect in a satisfying way.” “I know what you mean,” Cynthia said, now looking serious. “I’d never cheat on Jim, but I think about it when we just can’t seem to talk.” I nodded. “Exactly! And it’s not just about issues–it’s about recognition and appreciation. There is a world of difference between ‘You’re right, I have a bad habit of not thanking you when you cook dinner, and I’m going to work on it,’ and ‘You know I appreciate you, so why do you have to hear it all the time?’ The first response is soothing, and the second makes you want to kill him.” Cynthia smiled, and I added, “I think you and Jim need to have some couples’ sessions. Tell him it’s time to get a bunch of checks off your ‘I’ve had it!’ checklist.” “He’ll never come in,” Cynthia quickly replied. “He thinks all our problems are my fault.” In situations like this, I have no problem throwing my professional weight around. “Just tell him that in my professional opinion you guys both need help, so you can talk more effectively about your problems and love each other better. If he disagrees, fine, tell him I’m happy to discuss it with him in an individual session. I’ll take full responsibility for the suggestion.” Cynthia looked relieved. “I’ll try, but I don’t know what he’ll say.” As it turned out, Jim did come in without much protest. Once he and Cynthia learned how to communicate better, their frustration levels went way down, along with a bunch of the checks on their “I’ve had it!” checklists. Not surprisingly, we found out Jim had an “I’ve had it!” checklist of his own that needed attention. Which is why it’s good emotional hygiene to have as few checks as possible on your partner’s “I’ve had it” checklist. Dealing with them as they happen is like flossing your teeth or having a regular exercise routine—a small amount of regular diligence can prevent painful lingering conditions in the future. See the next blog for the “I’ve had it!” checklist from the male point of view — “10 Statements Guaranteed to Drive Men Crazy”.
Share11
Tweet
Buffer
Share
Flip
Reddit