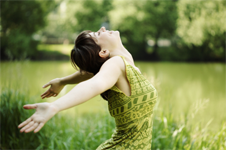 Recently my friend Patricia Albere asked me to talk with her about evolutionary relationships on the Evolutionary Collective Conversations program she offers periodically at www.EvolutionaryCollective.com.  Her passion is understanding and supporting clean, authentic intimacy—profound mutuality. She and I both believe such relationships are the cutting edge of evolution. Patricia Albere is a transformational educator and contemporary spiritual teacher with a passionate focus on Evolutionary Relationships and Collective Consciousness. For the last forty years, her core commitment has been to teach from the emerging edge of consciousness, awakening others to the profound depths and infinite wisdom possible between two or more people connected to something higher and greater. It was a fun hour. It’s posted on her site, which has a lot of other great conversations with cool people. She leads a group called the Evolutionary Collective (EC)—I’ve been a member the past few years—which gathers four times a year to explore the possibilities of fields of intimacy. As I told Patricia on the show, I think the term “evolutionary relationships” is a redundancy, since I believe evolution has always been relational from the Big Bang all the way to now, and that all relationships have at least some aspect of reaching for greater coherence and understanding—are evolving. But I also understand that there are forms of mature mutuality that are extraordinary and require great depth—and these are what Patricia calls “evolutionary relationships” and has such love for.

One aspect of evolutionary relationships that I don’t think is widely enough discussed, is that our ability to be intimate grows as we mature—it is a line of development.

Lines of development are characterized by stages that we must move through to reach further stages, like our physical development (baby to grown up), or our ability to think (no conscious awareness to awareness of everything). For instance, you’re not born speaking in full sentences, or thinking coherent thoughts—you need to gradually acquire levels of abilities, knowledge, and skills (mostly learned in relationship with others) that progressively build on each other to learn how to speak clearly and think critically. Animals have stages of relating that they grow through. A chimpanzee starts out totally dependent on his mom, and gradually learns to move around, fend for himself, and play with other chimps. As he becomes more independent in the troop, he reaches sexual maturity and begins mating with the females in estrus and competing with the males for dominance positions. Once he gets to alpha male status (if he ever does), he’s ascended about as far as you can rise on the chimpanzee social hierarchy. Two hundred thousand years ago when two critical mutations on the FOXP2 gene gave humans the powers of symbolic communication and grammar, we began growing into new capacities for self-awareness. These new capacities created the potentials of new levels on almost every developmental line. We could extend our artistic impulses into incredible works of art, as demonstrated by cave paintings from thirty-thousand-years ago in France. We could extend our abilities to hunt with new weapons and cooperative hunting that has resulted in the extinction of thousands of other species (not a good thing, but an incredible demonstration of increasing technological/ecological power). Socially, we could expand into tribes with traditions (first oral, and then written) including intricate rules and roles, into nations with shared identifications, and even further into spiritual/philosophical communities joined by the values of universal care and rights for all.

New developmental levels are never realized all at once.

For the last two hundred thousand years, the human race has been growing into the capacities that we received with the FOXP2 mutations, and those capacities extend beyond where any of us currently are—we don’t know the upper limits of any human developmental line, including profound intimacy.

How does this apply to evolutionary relationships?

Well, think about it. If there are ascending levels of mutuality, and we are stable at wherever we are now, love can guide us to new, higher levels. Those higher levels will all have different characteristics, rules, roles, and possibilities—they are like new countries to be explored—but we have to get stable at those new levels to figure out what they’re about.

There are levels stretching beyond these, but we need to develop to get to them.

One thing we have discovered is that at higher levels the rules change towards requiring deeper honesty, transparency, and mutuality. As you can see from the above descriptions of eight-year-olds onward, we encounter new interests, demands, and experiences as we develop relationally. It’s always a fun exercise to examine what the needs and values are for you at your current levels of relational development—you might try writing them down. For instance, some single people I work with (especially young ones) value the autonomy of not being committed to a particular partner. Some people in relationship value the companionship of being married to a “best friend.” What are your values and needs regarding relationships? A further fun exercise is to discuss what you’ve written with intimate friends, lovers, and family members and see how the conversations progress. Just doing these exercises requires a certain amount of relational maturity, because it’s a developmental achievement to be able to stand somewhat outside yourself and your relationships to observe more objectively. Such self-reflection and conversation challenges you to reach for deeper understanding—and deeper understanding is the hallmark of evolutionary relationships.
Share5
Tweet
Buffer
Share
Flip
Reddit