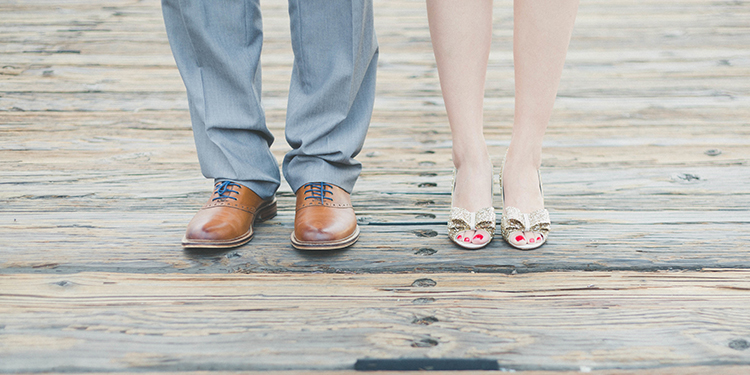 Share21
Tweet
Buffer
Share
Flip
Reddit
Human nature corrupts all institutions. Any institution—bank, company, army, government, family, marriage, you name it—has been, is being, or will be corrupted. The institution of marriage has special significance, because loving attunement decreases corruption, and misattunement fosters corruption. We can be blind to our own craziness. Everyone can see institutional corruption in politics, but we tend to ignore it if it is our party/candidate/cause. Similarly, we tend to ignore marital corruption in ourselves. In the American political process, a tiny percentage of the populace has successfully monopolized critical centers of power and wealth by paying huge sums to politicians (who need huge sums to get elected) to deregulate their companies, reduce their taxes, and limit benefits such as support of young families, education, retirement, public services, and healthcare to the rest of the citizenry. Ironically, this is most egregiously evident in conservative politicians choosing ideology over science, or cynics from both sides offering lies and half truths to conformist—often poor—voters they first court, and then exploit. A major example of ideology over science is questioning global warming to justify protecting corporations from having to limit greenhouse emissions and develop green technology. Fundamentalist, conformist worldviews reject data that disproves traditional beliefs. “Science has not proven global warming,” is a favorite chestnut. Statements like these drive people who understand science crazy, because they know science never proves anything — science provides data to support hypotheses, and current research overwhelmingly supports human-induced global warming. A major example of lying to conformist voters is the recent healthcare debate. Pharmaceutical and insurance companies have paid billions to politicians to broadcast alarmist distortions like death panels to eliminate a public option in health care legislation. A public option, like Medicare, could deliver services with a 3% overhead rather than the 20% to 30% profit currently reaped by managed care and insurance companies. A public option could force companies to actually compete rather than maintain their virtual monopoly on healthcare. History has shown us that such competition results in more effective, more honest companies, and better health care. For example, France’s universal healthcare yields the lowest rate of medically preventable deaths in the world, but such data is ignored, suppressed, and ridiculed by corrupt U.S. special interests. Corruption inevitably arises in human societies as some of the privileged seek influence to protect assets and benefits—to be free to live the lives they want unthreatened by the impoverished and struggling masses. In this sense, human corruption is innocent, because it always shows up in tribes (any group less than 150 that are consistently joined in some way tend to form a tribe). Eventually, the allure of power, privilege, or pure narcissistic entitlement will lure somebody (usually a man, but not always) to corrupt a system for personal gain. This is why Dave Logan in Tribal Leadership advocates that companies regularly anchor themselves in shared values and noble cause to avoid regressing from collaborative, “We’re great,” to egocentric, “I’m great,” or even further to self-destructive, “My life sucks.” The best we get with huge human institutions is feedback systems like powerful regulatory agencies, a free press, and independent judiciaries that act as moderating influences to slow and sometimes reverse the inevitable corruption process. On a smaller level—the tribal level of less than a 150 people—regular soul searching for shared values and commitment to noble causes seems to slow corruption and keep tribes in “We’re great” territory. “We’re great” attitudes that embrace nonviolence and world-centric values are less likely to be exploitative, and more likely to serve everyone well.

Marriage is an institution of two. Where does corruption show up in marriage, and what can we do to reverse it? Modern marriage is challenging and incredibly vulnerable to deterioration. Indifference, chronic anger or depression, high anxiety, insufficient yummy intimacy, distracting attractions, life stressors, and adult responsibilities all erode marriages. We are further burdened with our genetic legacies. For example, primate males generally physically and emotionally dominate females and other males. In most human history since our hunter-gatherer forebears became agrarian farmers, men have owned and bullied women. This began to change with the technological revolution, and that change has accelerated through the information age. America is now one of the first societies with more or less equal power for men and women financially, sexually, and intimately. But our genes still speak to us—still influence us to create and enter states where we hurt each other, cheat on each other, and fail to sustain our love for each other. The old, primeval energies still seethe below the surface in marriages—currents that are best navigated away from violence and towards love. This is a big deal, because unresolved tensions and yearnings can corrupt marriage. OK. So corruption creeps in. How do we catch it and love better? Dave Logan’s Tribal Leadership mechanisms of regularly exploring shared values and noble cause is as applicable to marriages as it is to corporations. The shared values of love, fidelity, shared play/passion, supporting all family members’ happiness and satisfaction, and life-long development generate the noble cause of expanding love between mates, with immediate goals that address current needs and concerns. How can we operationalize this? There are a bazillion ways of cultivating shared values and expanding love. Here’s just one approach that focuses on three critical processes. If you and your partner can have regular, productive conversations about these three processes, your chances of satisfying intimacy skyrocket. First, we can know ourselves to be the sum total of many roles and states, and constantly work at integrating them harmoniously We never fully lose any self, and we wouldn’t want to. Each self has gifts to offer. We were all amoral, selfish toddlers at one point in our lives. Since development is include-and-transcend—meaning we always build on current capacities and never completely lose any previous capacities—under the right circumstances any of us can revert to selfish brat or cowering victim. We don’t like to face our ugly sides, but the sooner I catch myself as an immature, obnoxious child, the more likely I am to adjust to mature adult. This is better for everybody, and especially for my wife. Second, we can strive to choose love over violence. Fear, anger, shame, terror, and sadness urge us to hurt others and ourselves. Couples routinely blame one another, then punish and attack when stressed. In each impulse to attack or suffer there is a signpost to love if we can just accurately read it. If I feel like bitching about the house being dirty, I can instead offer to help clean up the living room. If a wife feels like complaining about lack of intimacy, she can instead offer the kinds of affection her husband finds most delicious. Couples who think this way tend to repair emotional injuries incredibly fast. An argument starts, someone self-observes his or her regression and struggles to love better (it’s especially effective if it’s the guy who adjusts, due to the evolutionary forces cited above), and love blossoms. Third, embrace effort and progress as standards in loving better. No one ever makes it to perfect. We can grow in so many cool ways—more loving, kinder, more nourishing to family, healthier, deeper, wiser, and more beautiful are some of my favorites. Why not try to be better in these ways? Why not effectively help our spouse do the same? What’s the downside? Just making efforts to do right is worlds better than doing wrong.

Catch your corruption and adjust to love, and you become beautiful!

Corruption caught at the impulse level is beautiful. What if a guy friend told you, “I felt like screaming at her to leave, but realized it would just be striking out. Instead, I decided to help her feel better because I love her. I don’t want her to feel bad.” We’d be impressed with this guy, even though he is admitting an immature, bullying impulse. Corruption caught in the act is still pretty good. Say the guy above does yell, “Get the #%*! out of here!”  He sees his wife’s hurt expression, feels remorse, and apologizes. “I’m sorry. I know I’m being mean. You have valid points. I want us to resolve the issue and love each other, and I really don’t want you to go.” We’d still be impressed, even though he started out with dismissive cruelty. It’s not a bad thing to be tempted and sometimes slip and fall. It’s a human thing. We always have internal and relational forces influencing us to regress, but we can use those forces to guide us to deeper love. Also, we don’t have to struggle alone–we can ask the people we love to tell us the truth as they see it and help us grow. In my opinion, these are some of the best ways to manage human corruption in our most important institution, marriage. Image Credit: Josh Felise on Unsplash
Share21
Tweet
Buffer
Share
Flip
Reddit