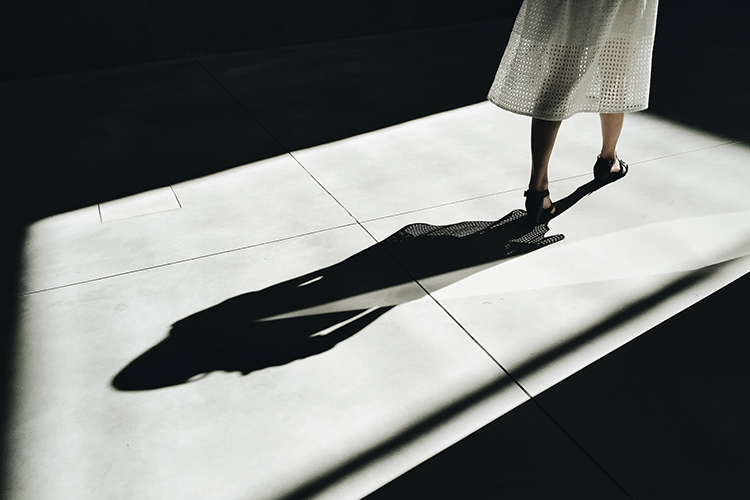 “Knowing your own darkness is the best method for dealing with the darknesses of other people.” – Carl Jung

In a U.N. study, people rated happiness as more important to them than wealth or getting into heaven. And yet, why does happiness seem so elusive to so many of us? Why do I feel like a worthwhile person some of the time and a worthless person occasionally? And why does it seem so difficult to change our lives for the better? The answer is Shadow. Shadow is the sum total of our learning, drives, habits, values, preferences, and needs that are constantly flooding up from our non-conscious selves to our conscious selves. Right now your Shadow-self is reacting within a tenth of a second to these words, but your consciously-aware-self experiences and manages these feelings, stories, and impulses a half second to a second and a half later. In general Shadow rises up either constructively to help us grow and thrive, or destructively to harm us or others in primitive attempts at self-protection and gratification. Most approaches to Shadow focus on destructive shadow: dark, dangerous, shameful memories, fantasies, actions, impulses, self-images and beliefs that rise up unannounced and unwelcome to torment us. But the constructive aspects of shadow are every bit as important: intuitions, flashes of insight, generous impulses, compassionate understandings, and caring acts that occur daily for most of us. We can learn to trust constructive Shadow and transform destructive Shadow into constructive Shadow. In fact, encouraging constructive Shadow and managing destructive Shadow figures prominently in most psychotherapy, change work, moral development, and spiritual practices. We can discern constructive Shadow and courageously surrender to it, and catch destructive Shadow and alchemically transmute it into constructive Shadow. These practices open channels to spiritual insight and profound intuitions, to intimate unions with others, and gratitude for life. These understandings can profoundly shift how we hold the stories of our lives—stories about us, others, and everything else.

So how does all this play out in our lives and relationships? Let me give you an example. Recently I was showing my wife Becky how to record Say yes to the dress on our T.V. and she accidentally pushed the wrong button, creating a problem I couldn’t solve. I felt a flash of anger and said, “You pushed the wrong button!” She immediately said, “No I didn’t,” and I felt a flood of rage and impulses to intensely explain why she was wrong! She blanked out at my anger, and my son—who was beginning to help—left the room to get away from the sudden bad vibes. The situation felt wrong. My anger felt too intense. I hate distressing my family. My destructive Shadow had been cued by the episode and was sending violent stories and impulses that my conscious self was struggling with. My constructive Shadow was generating stories of me being caught in an old defensive pattern and giving me impulses to breathe deeply, lighten up, and repair with Becky and my son Ethan. My conscious self was half a step behind all this, but knows enough to distrust violent destructive material and surrender to the constructive pro-love material, which is exactly what I did. And everything was better in a few minutes. It’s taken Becky and me forty-three years to learn how to do this efficiently, and still it was hard at the time. Of course, there are endless combinations of constructive and destructive Shadow in ourselves and in relationships with others. This makes life complex, interesting, anxiety provoking, delightful, tedious, or illuminating as I’m sure you’ve noticed in your own life. Just learning the flavors and textures of constructive and destructive Shadow amps constructive and transforms destructive Shadow—It helps our unconscious Shadow selves integrate and grow.

The power of Shadow

Managing Shadow is life-and-death serious business. Prince, Janis Joplin, and Amy Winehouse had Shadow-drives to addiction, and Michael Jackson and Bill Cosby Shadow-drives to sexually abuse others. These destructive Shadow forces destroyed all of them, and yet they all produced transcendent art, which always involves constructive Shadow made manifest by the artist. The best and the worst of humanity arises from our deepest Shadow drives and impulses. Destructive shadow material—based in our genetic, relational, karmic, cultural, or morphic past—can embarrass, enrage, intimidate, or even drive us mad. Most of us instinctively fear destructive Shadow in ourselves and others, and this has influenced our understanding of Shadow throughout the ages. For instance, in Shadow literature from psychologists, anthropologists, and spiritual teachers, Shadow is often pathologized. A subtle undercurrent of disapproval and fear of our own frightening or morally reprehensible selves flows through much Shadow writing. It’s true that all authors suggest techniques to heal, eliminate, or declaw inner Shadow threats, and all systems offer paths to transforming Shadow into an ally. But, still, the focus often seems to be on destructive rather than constructive Shadow. I’ve found every approach useful and enlightening, especially in the psychotherapy worlds where I’ve spent most of my life. Psycho/social/spiritual healing needs to confront destructive Shadow. Who knows what might have happened if Prince and Amy Winehouse chose recovery from addiction, or if Michael Jackson and Bill Cosby sought help for their dark sexual impulses? Destructive Shadow when confronted and dialysized turns into wisdom and strength—and this is the promise of Shadow—to celebrate and enhance our strengths and transform our vulnerabilities. Psychotherapy from its first beginnings with Freud and Jung has largely been understood in metaphors—id, superego, ego, animus, anima, pain body, inner critic—but sometimes theorists become lost in their own dark metaphors, neglecting the neurobiological roots of Shadow and the ultimate purpose of Shadow—to protect us and help us survive, thrive, love, and evolve. Destructive Shadow can’t be denied, ignored, or subtly dismissed, it needs to be metabolized into constructive Shadow—way stronger and more pervasive than destructive Shadow if supported just a little bit like I did in my argument with Becky. Most of us are aware of the human drives for dominance, sex, personal survival, and fierce protection of our families, but we have other drives. Most of human evolution over the last two million years has been to help us survive and thrive in communities — to be socially successful and effective. As Lynne MacTaggart maintains in The Bond, we have genetically based drives to care, share, and be fair with others. These drives organize our non-conscious selves—our Shadow—to do right, to grow, to love, and to contribute. This constructive Shadow is a human gift and superpower. Constructive Shadow delivers beautiful inspirations and impulses to do right, create beauty, and love others.

So what part of us is doing all this constructive/destructive information processing, impulse generating, story-telling activity? Who’s figuring our world out anyway? As Walt Whitman said in Song of Myself, “We contain multitudes.” As my friend Jeff Salzman of The Daily Evolver says, “We are larger than we know.” Our extraordinary human capacity for consciousness comes with the price of Shadow, and that price is both a curse and a blessing. I love Shadow and am grateful each day for the flows of constructive and destructive illumination that cross the barriers between the unknown and the known in my conscious awareness. In Star Wars, Luke has huge capacities for channeling constructive Shadow, represented by the Jedi Knight Obi-Wan Kenobi, and similar capacities for destructive Shadow, represented by disgraced Jedi Knight and Sith Lord, Darth Vader. They are his two fathers both literally and figuratively, and he reconciles with them in his Hero’s Journey. In the end, by integrating destructive and constructive Shadow in service of principle, Luke generates healing powers and becomes a Jedi Master. We can all be like Luke. Image Credit: Martino Pietropoli on Unsplash
Share7
Tweet
Buffer
Share
Flip
Reddit