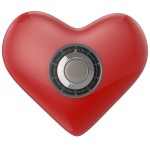 I’m often amazed by what people share on blogs.

Embarrassing details about their children (without the kids’ knowledge—I’ll bet there’ve been countless conversations starting with, “Mom! What were you thinking!!?”). Intimate details about friends, lovers, spouses (without permission—rude in general, illegal if you’re a licensed therapist talking about identifiable clients). So I’m wondering, do you think revealing whatever you feel like is a good idea? What is best kept private from prying eyes? And to push this concept even further, what should be kept secret, no matter how juicy the info and how tempting to share it (particularly if it’s about one of the moms at school who wears really ugly sweaters, is convinced her daughter’s never ever cussed, and always gets uptight when her cuss-free daughter has mud on her dress). In my therapy work, I consider something that’s private to be information withheld to serve the highest good. This is admittedly a slippery standard, but you’ll find if you ask the question, “What serves the highest good?” from your deepest heart about revealing or concealing information, the answer is often pretty clear and unambiguous. For instance, your wife probably doesn’t need to hear how hot her friend looked at the dinner party, or the last time you masturbated. Similarly, your husband probably doesn’t need to know how silly you think it is that he could have pulled his shoulder out of whack or almost collapsed while beating his most challenging opponent on the tennis court. Privacy is a much-needed aspect of human behavior. Everyone is entitled to have it. After all, no one should ever feel the need to tell his or her spouse everything. First of all, we don’t have the time (or memory) to share each and every thought, impulse, and action. Second, such detail would bore even the most patient and interested husband or wife half to death.

And let’s not forget that handy acronym TMI

short for Too Much Information. You usually find TMI stupid, irritating, or dull as dust. Stupid as when you tell a dopey joke that falls flat, yet you keep trying to explain the punchline in the face of increasing incredulity or embarrassment. That’s TMI. Sorry, but we got it the first time. Irritating as when a guy finds himself zeroing in on a beautiful woman he sees on TV or while out in public. Commenting on her shapely figure to his wife is guaranteed to be TMI, even if the ogled lady is an indisputable knockout. And he’ll really be pushing the TMI envelope is he dares to zero in with candid comments about particular body parts like breasts or buttocks. Trust me on this—even a mere mention of the word “ass” is enough to create conflict in many marriages! Finally, there’s TMI that’s dull as dust. If you love golf, please don’t infuriate your wife with mind-numbing details of each of the eighteen holes played after you’ve been gone all Sunday afternoon, especially if she’s been stuck at home with the kids. Or if your best friend had trouble enrolling her twelve-year-old in summer camp, the twenty-minute saga might not be particularly entertaining to your husband. Occasionally, such tidbits might entertain another golfer, or maybe another mother of a twelve-year-old interested in camp, but you really have to know your audience. Of course, there’s always the zinger TMI, which is a truly inspired combination of stupid, irritating, and dry as dust, usually spewed out in a rush before a listener gathers the strength to hold up a hand in protest.

Here’s a tip for wives:

“Did I tell you about my friend Margie whose mother-in-law has cancer and when she went for chemo the doctor was so cold but the other women in the ward were nice especially the one suffering from her second bout of ovarian cancer that might actually be breast cancer that metastasized into her bones and her oncologist ought to lose his license but for some reason the other patients just seem to love him probably because he has a nice profile and a soothing voice but getting back to Margie I told her she needs to make sure her mother-in-law’s will is in order but really how do you say something that sensitive without being ghoulish if you know what I mean oh and did you hear about Janet? Her husband….”

Yikes! Okay, so by now you’ve gotten the point. TMI is not a great thing. It’s part of lots of stuff you hear or know or even want to share that should, at the end of the day, remain private. Those of us who are skillful conversationalists know when to edit what we share, and gently remind friends and loved ones—and especially our spouses or partners—when privacy is being breached and TMI is being shared to ears that really should not hear it. Being sensitive to privacy-invasions not only keeps conversations honest and more attuned to what’s truly interesting, but can prevent conversation-killers like, “You never talk about your feelings,” or “Why do you always have to be late for dinner?” These important topics often uselessly come up as attacks in an argument rather than as overtures for conversations that can be a whole lot more productive.

Doing so helps us feel in charge of our lives and our decisions. It’s also incredibly important to be able to enjoy what fascinates us without expecting it to fascinate everyone else in our orbit. Happy couples learn what interests, bores, or irritates their spouse, and over the years develop an almost sixth sense about knowing how and when to mention these private thoughts—if they’re mentioned at all. Secrets, on the other hand, are all about having information your partner would probably want to know (and might need to know to help deal with problems), but you don’t share for fear of potentially painful consequences. A secret would be: “I’m flirting like mad with a colleague at my office and fantasizing about having an affair with him,” or “Every time you put me down I think about walking out on you, running straight to a divorce lawyer, and telling everybody how bad you are in bed.” Secrets can also be identified by what you want to hide or lie about. Such as: “No, I wasn’t looking at her breasts,” or “It’s fine with me that you want to go to the beach by yourself while I stay home with the kids.” Really? I don’t think so. The truth in these two situations is more likely: “Yes, I was looking with extreme enthusiasm and desire at her breasts and wishing I could have her,” or “I want to tear your head off if you think it’s really okay for you to go to the beach and leave me home with the kids.”

usually due to shame, fear, anger, lack of trust, or just habit. Unfortunately, such resistance can amplify the kind of painful comments that tend to slip out during fights or moments of intense rage after your spouse hurts you in a big way. Any topic or information crucial to a couple’s relationship—like your chronic flirting with the baristas at Starbucks, persistent physical symptoms like an achy back or chronic anxiety, or unresolved problems (money, sex, parenting, in-laws, all the time you waste playing Solitaire on your computer) that always seem to trigger tense silences or screaming matches—that are not shared through fear, anger, shame, or distrust become destructive secrets. Damping them down or holding them in can cause big, BIG relationship problems. Helping my clients figure out and deal with the differences between private and secret is often where I step in during therapy sessions. Understand the differences between private (usually necessary to some extent and serving the highest good) vs. secret (possibly harmful to hide) can be terrifically liberating for couples. Just learning to have the conversation about what’s safe or unsafe to discuss often brings a couple closer together. It might serve the highest good for a wife to keep distracting thoughts to herself while making love (you know, things like, “Did I take out the recycling?” or “Does the ceiling need to be painted again?”). On the other hand, it might be necessary for her to tell her husband she’s reluctant to make love because she’s gained a few pounds and feels unattractive and undesirable—at least partly because he’s probably been interpreting her reluctance as reflecting him being less desirable. Ultimately, good couples’ therapy provides a safe atmosphere to clarify that what’s private are those topics or incidents that don’t really need to be shared, and that what’s secret are those topics or incidents that need be shared and worked with before they become toxic and destructive. You can also lessen the destructive power of secrets if you make it clear to your spouse that if they try to share their feelings honestly and kindly, you can figure out what to do, together. So, instead of screaming at your husband about his annoying flirting at work, try saying, “I’m not happy you’re flirting with your boss’s secretary, but I’m glad we’re talking about it.” This way, you’re not setting the stage for denials and arguments. Hopefully, you’ll be able to help your husband find a way through a difficult situation with the shared understanding that you’re in it for the long haul, together. Believe it or not, doing this—even when you want to yell at him—usually will serve the highest good. It can give you a chance to love each other better. After all, loving each other better is one of the best goals you can have as a couple.

Many of the private thoughts and feelings you keep to yourself are part of what makes you unique. They can make you happy, and can certainly help you get along better with everyone you know—and your spouse in particular.

Secrecy, on the other hand, is almost always destructive, especially in intimate relationships.

If you find yourself nursing too many secrets, it’s a sign to share them with your spouse. If you’re worried about how the conversation might go, have a talk with someone you trust first so you can strategize on what to say and how to say it. And if the conversation does go south, find a therapist to help.
Share
Tweet
Buffer
Share
Flip
Reddit