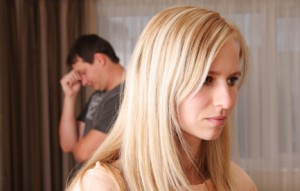 A couple in their forties sit facing one another in my office, stiff, uncomfortable, and believing their marriage is a mess. Eric is a successful accountant and Camille is a part-time bookkeeper and mostly a stay-at-home mom, dedicated to her family. On paper, it looks like they’re living the American dream—successful, faithful, not addicted to anything, and living in a nice house in a beautiful city while raising two healthy, pleasant kids doing well in good schools. But, of course, if everything were really wonderful in their world, they would not be sitting in my office. I could tell from the minute Eric started talking—or rather, complaining—they had some serious problems. The more he shared his laundry list of Camille’s faults, staring off into space rather than looking at her or at me, the more Camille—more passive and hungry to please—visibly shriveled, listening with a pained and long-suffering expression.

“Camille doesn’t hear me when I talk,” Eric droned on. “She doesn’t understand me at all. She doesn’t realize how hard I work to please my clients. She just doesn’t get it that when I get home, I need the kids to be quiet and give me some space. She…”

Usually I interrupt these kind of selfish and one-sided attacks, but on that day I was intrigued by the Eric’s escalating hostility combined with the rather stunning level of emotional deadness between them, so I let him continue. Suddenly, Camille leaped up and screamed, “FUCK YOU, ERIC!” Then she ran out of the room, and starting hammering the wall in my waiting room so viciously, over and over again, that I later had to get a carpenter to fix it. The minute Camille stormed out of the room, Eric looked at me in shocked surprise. I smiled ruefully, then went out to Camille, still furiously banging. When she saw me, she calmed down as quickly as she had erupted and accompanied me back into the office. Eric regarded her with tender concern, while she, on the other hand, sat there glaring at him, breathing heavily. Their roles had completed shifted. And the energy in the room had changed, too. All the tired, spaced-out, aggravated vibe had dissipated, replaced with an air of intimate, charged danger.

I waited for about twenty seconds, and then said, “Everyone hates being treated like an object.”

“What do you mean?” Eric asked. What I meant was that most human cruelty and rage involves treating others not as thinking, feeling, sensitive people, but as objects, and that’s what I went on to describe to Eric and Camille. Any objectified person on the receiving end of cruelty, rage, or disrespect is going to respond to these threats in a number of ways. Your body instinctively reacts to perceived threats by unleashing a cascade of hormones like adrenaline and cortisol, activating the fight/flight reaction that is a legacy of our cave-dweller days. If a terrifying woolly mammoth on the rampage was chasing you, survival depended on you either fighting back with whatever weapons you had—good luck with that by the way–taking flight and hoping you could outrun the beast, or dashing into a nearby cave to wait it out. Usually, the more threat you feel, the more such hormones flood your bloodstream. You can get upset and lose perspective—and especially lose empathy for any tormentor—and blow your top. The fight/flight reaction also explains why anger so often leads to violence—violent thoughts, impulses, tones, words, and actions. Such violence isn’t necessarily physical, or even directed at others. You can be the recipient of your own violence and anger if you regularly attack yourself with judgments, guilt, and shame. Anyway, let’s get back to Eric and Camille. Eric’s litany of criticisms—which in truth didn’t pour out of him because he really felt neglected by his wife, but from his anger and anxiety about his job, his status, his loneliness, and his future—turned Camille into an object. He seized upon her more passive and gentle nature and went after her because such attacks gave him some marginal relief. Eventually, Camille reached a critical mass of bottled-up rage. Instead of attacking Eric to his face as he’d done to her—her nervous system knew this was a dangerous invitation for abuse from an aggressive man—she literally attacked an object. The wall couldn’t scream back or hurt her, unless she bruised her hands. As Eric and Camille were calming down, I suddenly remembered something about objectification and anger—a scene from my teen years in the sixties.

The Rattlesnake and the Rat

One of my first lessons in objectification didn’t come from people at all. I learned it while writing a high school biology paper about a rattlesnake and a rat. In 1966 my father was a biology teacher at Northview High School in Covina, California. In those days teachers were allowed to keep caged rattlesnakes in the classroom (something rather unthinkable nowadays—can you imagine the liability nightmare? For good reasons, as my dad’s snakes did get loose once!). He kept two Pacific rattlers in a glass terrarium. They would only eat live rodents, so every month or so he put a couple of lab rats in the cage and let nature take her course. I was enraptured with dinosaurs, predators, and rattlesnakes in particular, so for one of my science papers I asked my dad if I could watch the feeding process and report on it, and he gladly agreed. I had no idea how creepy and significant the experience would turn out to be. We went into his classroom on a Saturday, and there lay the two rattlesnakes, one about two feet long and the other slightly bigger, coiled motionless around the rocks at the bottom of their terrarium. In a swift and totally blasé manner, my dad picked up a small rat and a bigger rat from a rodent cage and dropped them into the terrarium, while I gazed in fascinated horror at the unfolding drama. The rats completely freaked out, skittering desperately to escape before ending up hopelessly cowering in tiny corners of the cage. Meanwhile, the snakes woke up and began writhing around. Suddenly, one of them coiled and reared up, looking to me about twice as big and ten times scarier—and its rattle started the famous, horrible chattering. (Here’s a nice piece of trivia: European horses brought to the United States went nuts when they heard this sound—doubtless a genetic memory.) The snake’s mouth gaped open, the venomous fangs prominently displayed so that it became almost a caricature of terrifying reptilian danger. Its head shot forward unbelievably quickly, striking viciously at the smaller rat. Wham! Wham! Two lightning-quick bites, and the poor little rat flew around the cage in a panicked blur of motion for a few seconds until she abruptly collapsed. The snake leisurely coiled around the corpse, and, starting with the head, slowly swallowed her whole before settling back down into its original position in the terrarium. This experience was stunning enough, but it was not the main lesson I took from the whole episode. The other snake was apparently not hungry, and so the remaining rat spent the next two days stuck in the terrarium with two rattlesnakes until my dad finally took it out because he said—and this blew my mind—“The rat might hurt the snakes.” I’ve always wondered what those forty-eight hours had been like for that rat, trapped in a small cage with two vastly larger predators that could have cared less about it. Objectively, it was fairly safe, since one snake had just satiated itself and the other clearly wasn’t hungry (unlike humans, of course, reptiles never eat unless they really need a meal—they don’t seem to have much fun really), but the rat couldn’t know it was safe. I realized that the rat was obviously just an object to these snakes, as it was to my father when he put it in with them. The rat’s terror, alarm, and imminent painful death weren’t relevant to anybody—not my father, me initially, and of course the snakes. I’ve thought a lot about that rat in subsequent years, and what went on in its little rat brain for those two days. Especially as this feeding session took place when our country was in tumult, and at the time I was a teenager trying to figure out what my place in the world was going to be. I often felt trapped in a cage of the times myself, and found it offensive that people were being treated like objects everywhere. Civil rights abuses were rampant, and the Vietnam War was raging on the news each night, with daily, mounting American body counts that a lot of people didn’t seem to care much about (and seemed to care even less about the Vietnamese being killed by the thousands). That the society I was living in normalized objectification as business as usual struck my teenaged sensibility as profoundly wrong. I occasionally recalled that rat when I started my therapy work seven years later. I saw on a daily basis how much hurt there was when people turned their loved ones into objects to attack, seduce, manipulate, or use. Any of us can be that rat trapped in a cage, spending endless hours alone, knowing we are objects of convenience for somebody who wants to use us solely for their own gratification. And any of us can be that snake, attacking or using another being for our own selfish purposes without a care about how that being really feels. Once Eric and Camille got the message about not treating each other like objects, it marked a real break-through in their marriage, because they’d finally become conscious of each other’s humanity when they were upset. They could be distressed yet simultaneously see the other person as a real human being with fears and hurts. Their love and compassion for each other deepened over the years, and I’m happy to say that the man who could so easily insult his wife and the woman who attacked my wall are now entering the fourth decade of a pretty darn good marriage.
Share48
Tweet
Buffer
Share
Flip
Reddit