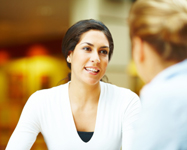 Jim—mid-twenties, strong and good-looking, strides frowning into my office. He usually arrives bummed out and in a hurry. Jim loves hiking in the mountains behind Santa Barbara, sometimes bulling his way through chaparral and up rock faces with pure power. I know his family to be good people who are worried sick about his alcoholism, which recently resulted in his first DUI (if you work at all with alcoholics, you get in the habit of saying “ first DUI”). The DUI woke Jim up enough so that he’s currently struggling with abstinence and attending AA meetings. Like many addicts in the first stages of recovery, Jim slips periodically, occasionally driving up to the top of San Marcos Pass with a whiskey bottle, drinking it in the moonlight, and talking to the bottle until he passes out. Not surprisingly, Jim suffers clinical depression and has catastrophic personal relationships. I get him a cup of tea and ask him, “How are you doing?” Jim gives me a sour look, “It’s another shitty day in paradise.” Jim is a classic example of a Tribal Stage two individual. His life position is, “My life sucks.” He believes that others have good lives, and even that he himself could be happy and successful. It’s just that, on balance, his life sucks. Tribal Leadership is genius. Dave Logan, John King, and Halee Fischer-Wright are the authors of Tribal Leadership, a groundbreaking work on how humans naturally form tribes with like-minded others, and that these tribes develop from primitive tribal stage one (life sucks) to advanced stage five (life is great). You can tell what kind of tribal orientation someone has by observing what they do and how they talk—literally the words they use. Here are a few details of the Tribal Leadership system (for the real deal, treat yourself and go to www.triballeadership.net, these guys are incredible): The Tribal Leadership system was designed by Dave Logan, whose roots are in rhetoric—the study of persuasive dialogue. Logan is a professor of business at University of Southern California, and bases his evaluations and understanding purely on language and behavior. I hope he realizes how relevant his work is to psychotherapy. Tribal two Jim—lost in “my life sucks”—needs to uplevel to Tribal three “my life is great.” To do this requires acknowledging his own gifts and skills, and speaking and acting from these strengths (language and behavior). We spend a lot of time on this, with me busting him each time he slips into “my life sucks” references, and encouraging and guiding him towards an “I’m great” identity. Today Jim starts talking about his job as a construction foreman. “I like framing. It’s clean work because all you have to do is follow the blueprints and—wow!—a house starts taking shape. I just wish the morons on my crew didn’t keep screwing things up.” Even though Jim is trashing his crew, the “I’m great” inferences reflect progress from “my life sucks.” I do the classic Tribal Leadership maneuver of creating a triad—directing Jim to connect positively with someone else, “You told me a few weeks ago you usually like the guys on your crew. I’ll bet if you spent a little time going over the plans and talking about how cool today’s piece of the job is, there’d be fewer mistakes and more fun.” Jim looks thoughtful at this. He wants to talk about the crew being “morons,” but this idea of sharing values and techniques appeals to him—he is a dedicated worker, and can sense it would be productive. “I’ll try it,” he says, “But I don’t expect too much.” I smile, “I don’t know Jim. Usually when you put your mind to something, you’re quite successful.” He smiles back, only half-sarcastically, “Yeah, I know…I’m great.”
Share
Tweet
Buffer
Share
Flip
Reddit